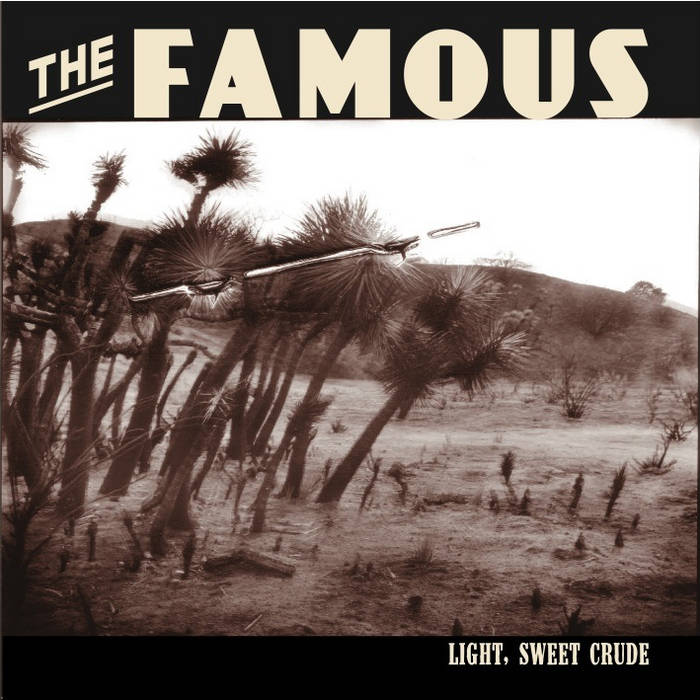 Megan Lynch The Famous come from a roots country approach and stir in a bit more rock in this album.

“Best debut album of the year? Believe it, pardner.” —Ink 19

“The Famous successfully combine the transcendent roar of punk with the brutal honesty and black wit of traditional country on Light, Sweet Crude” —Trouser Press

“Distilled from the grains of traditional country but infused with power chords and scorching lead guitar, this audacious album is both out of control and expertly crafted.” —The Owl Mag

Recorded over the course of six months at their San Francisco studio, Light, Sweet Crude is the ambitious full-length debut from The Famous. It’s a heartfelt statement that shuns irony for a return to honesty and simplicity.

By instilling lyrical insurgency to a blend of roots and country-infused indie-rock, The Famous go beyond merely aping their influences – the pitfall of so many bands with retro inclinations – and bring a new and unique voice to the alt.country landscape.

The album opens with the schizophrenic post-rock onslaught of “Son of the Snake” and transitions into “It’s Done,” which juxtaposes quiet moments of ominous tension before the explosion of a gritty honky-tonk refrain.

The melancholy twang of “Tear” is an earnest tale of lost love while “True Believer” (inspired by a Miró painting) transcends the psychobilly from outer space of the Reverend Horton Heat by incorporating the stream-of-consciousness lyrical approach of The Pixies.

“Midway” sets wistful tales of childhood desires to a minimalist indie-rock soundtrack reminiscent of Liz Phair’s Exile in Guyville while “Lost” builds from the simple relentless drive of its opening riff to a layered climax of ghostly vocals and careening backwards guitar.

A favorite of their inspired live shows, “Deconstruction Worker” may well be the only straight-up country song ever written to cite Derrida, Kierkegaard and other giants of post-modern thought.