Come Home To Me 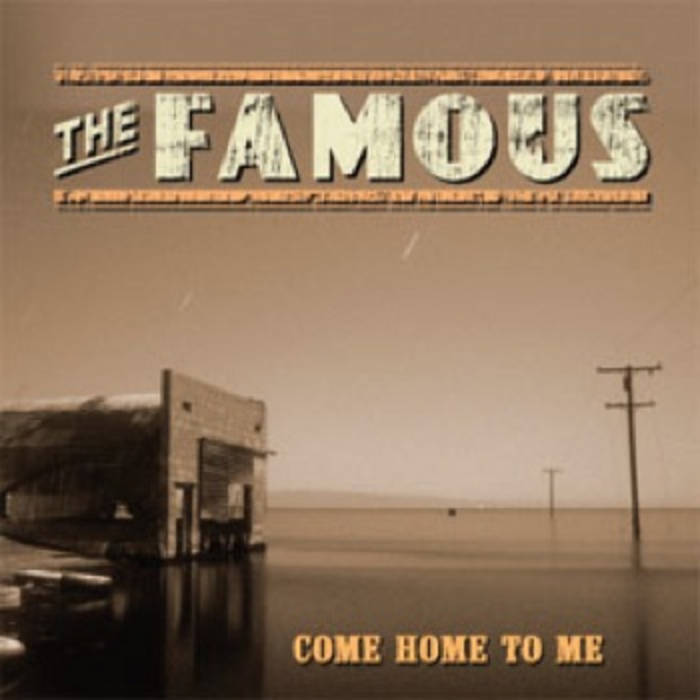 DOWNLOAD THE FREE SINGLE "Come Home To Me" above

"Come Home To Me" never settles into one repeated idiom (which happens way to often to bands that prescribe to a certain style such as this), but it uses its "country with a punk chaser" as a launch pad to follow its muse into slow rockabilly, Pixies-esque quiet-loud-quiet punch ups, and the sort of music that makes one release the demons, both good and bad, and rejoice in the redemptive powers of maximum (country) rock and roll. "
Rating 10/10. Essential.
-- BlowUpRadio.com

Described as “The Pixies in a cowboy hat” by West Coast Performer magazine, The Famous forge a sound that “combines the transcendent roar of punk with the brutal honesty and black wit of traditional country,” as heard on their debut album “Light, Sweet Crude.” Their follow-up album “Come Home to Me” is an audacious 11-song blast of post-punk rock fused with hard-edged Americana that continues in the direction established on their debut, while venturing into fuzzed-out garage-blues, New Orleans swamp jazz, and Tex-Mex flavored surf. With an energetic and always entertaining live show, The Famous are sure to appeal to fans of The Old 97s, Frank Black or Uncle Tupelo.

The album chronicles four years of change, both political and personal. Singer Laurence Scott’s two-year sojourn in the southwest desert of Tucson and his eventual return provided much of the inspiration for this latest material. With tales of lost and found love, renewal of belief, and modern parables of social upheaval, “Come Home To Me” evokes the themes and stark imagery found in Cormac McCarthy’s Border Trilogy or Luis Alberto Urrea’s “The Devil’s Highway.”